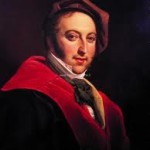 Gioachino Antonio Rossini (29 February 1792 – 13 November 1868) was an Italian composer who wrote 39 operas as well as sacred music, chamber music, songs, and some instrumental and piano pieces. 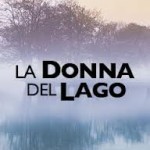 La donna del lago (The Lady of the Lake) is an opera by Gioachino Rossini with a libretto by Andrea Leone Tottola (whose verses are described as “limpid” by one critic) based on the French translation of The Lady of the Lake, a narrative poem written in 1810 by Sir Walter Scott.  It was this version which originally attracted Rossini to the story, since the translation had been provided to him by the young French composer, Désiré-Alexandre Batton, the 1817 Winner of the Prix de Rome.